“The amount of work and coordination that goes into a successful pit stop in NASCAR is astounding. In just a few seconds, the entire course of the race can be changed.” ~~Darrell Waltrip, three-time Cup Series champion.

Pit stops are one of the most important aspects of any NASCAR race. They can make or break a driver’s chance at winning. But what goes on during a pit stop? How do they change tires so quickly? And what other duties do crew members have?

In this blog post, we will answer all of your questions about pit stops in NASCAR!

How many pit stops in a NASCAR race? 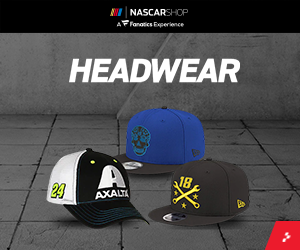 Before 1950, there were hardly any pit stops in a NASCAR race because most races are short (about 100 miles).

Nowadays, races are much longer (around 400 miles) so pit stops are now extremely important as that can be the difference between winning or losing.

Most of the pit stops are done under caution flags (yellow flag) rather than green flags. In case you don’t know, caution flags happen when there is an accident or other problems on the track. All cars must slow down below the speed limit and the track position is frozen.

A green flag means that the race is back as normal and cars can race at their top speed.

A typical pit stop (change 4 tires and add fuel) can last about 13 to 16 seconds. If the crew only changes 2 tires, it is possible to do the pit stop in about 7 seconds.

At the end of the race, the car may only need fuel to finish the race so if it is possible, they will avoid changing tires at all. This pit stop should only take about 2 to 3 seconds.

What can be done during a NASCAR pit stop?

There are 3 things that can be done during a pit stop:

Nascar pit crews use a dump to refuel their cars. This equipment can hold up to 12 gallons of fuel and it takes about 8 seconds to empty a full dump. To fill up the whole fuel tank, you need 2 dumps.

But, a full fuel tank is not always a wise option when it’s almost the end of the race. The amount of fuel added must be calculated carefully as a full tank of fuel can weigh as much as 140 pounds. And weight is the enemy of speed!

During a Nascar pit stop, the pit crew can either change 2 or 4 tires. If the team wants to make it quick, changing 2 tires is the option (2 right-side or 2 left-side) which takes about 8 seconds.

Changing 4 tires is obviously much slower than changing 2. However, your car will have more grip, which means you can go faster.

Crew members also need to fix the damage during a pit stop if the car gets into an accident. Within 6 minutes, if the pit crews can’t fix the damage, the car is disqualified from the race.

What does a NASCAR pit crew consist of?

According to the NASCAR rules, during a pit stop, each car must have a maximum of 5 people over the wall. The only exception is if there is an accident, one more person is allowed.

If any other members of the team touch the pit lane by feet or hands, they will be fined a penalty. Why does Nascar have to be so specific? This is because there have been many cases of members behind the wall trying to help and accidentally touching the pit lane by hand, which results in a penalty.

These guys are responsible for taking the tires off and on. It takes slightly more than 5 seconds to change an old tire. Unlike F1 pit stop, Nascar tire changers have to work on each 5 lug nuts rather than 1.

One single mistake on a lug nut can cost you about 0.3s, which can be the difference between 1st and 3rd place.

In a typical 4 wheels pit stop, this guy will start to carry 2 new tires, then he put one at the right front wheel and assist the tire changer with changing the right rear wheels. After that, he will roll the 2 old tires back to the pit wall (2 tire catchers over the wall will “catch” these old tires) and bring the new tire for the left front wheel tire changer.

Carrying a 20 lbs jack, a jackman’s job is not only to lift the car during a pit stop but also to help the tire changers.

First, he lifts the right side of the car with only one single pump and helps the front tire changer. The jackman also gives a little touch to the old right rear wheel to make sure it doesn’t roll into the pit lane.

After replacing the 2 right wheels, the jackman will then lift the left side of the car and assist the rear tire changer.

During a pit stop, he will stand by with a full 12-gallon gas tank ready to be poured into the car quickly. During the process of refueling, he is not allowed to make any adjustments to the car.

This is an exception when the 6th person can be on the pit lane. In case of bad weather, it is crucial to take off the windshield tear-off (plastic sheet) so that he can clean up all dirt or debris. After doing his job, he must get back to the pit wall as soon as possible without doing anything else.

Another exception of one extra person on the pitlane is when the car is involved in an accident. One more person will be allowed to go over the wall to carry out any needed repairs to the car.

During a pit stop, there are various tools that the teams can’t do without. They are standard for all Nascar races and must be carried by the teams:

It goes without saying that there must be a jack to lift the car. This tool is usually made of aluminum so that it can be lighter and easier to handle.

Only 1 jack is allowed during a pit stop. If for some reason, it fails, the team can use a second jack.

Nascar impact wrenches are insanely powerful. It produces more than 1000 ft-lbs of torque with a maximum speed of 15,000 rpm.

Only 2 impact wrenches are allowed during any pit stops. If one of these 2 wrenches fails during the pit stop, the team must carry on using only the remaining one.

Air compressors used in Nascar pit stops are not the same as regular ones you can find in car repair shops. They use nitrogen instead of air. But why?

It’s because nitrogen is not as affected by changes in temperatures, humidity, and air pressure. For example, on a hot day on an outdoor track, compressed air will expand due to the heat, which means less power for air wrenches. So, with nitrogen gas tanks, tire changers are able to work with consistent power.

Pit stops in NASCAR racing is a very complicated yet critical part of the race. Only with high-level teamwork and perfect coordination, a team can get a huge advantage over their opponents.

Hope this article helped in understanding a little bit more about the NASCAR pit stop. If you want to know more information, please do not hesitate to comment below.

See you next time!

Did you know that the average F1 pit stop takes just under three seconds?

In that time, 4 tires are changed, and any necessary adjustments are made. In a sport where fractions of a second can make….Read more

How long is a NASCAR race? (In terms of miles & hours)

The answer depends on the track and the race, but typically they last between 2.5 and 4 hours. Of course, there’s a lot of action packed into that time period, so you’re never bored!